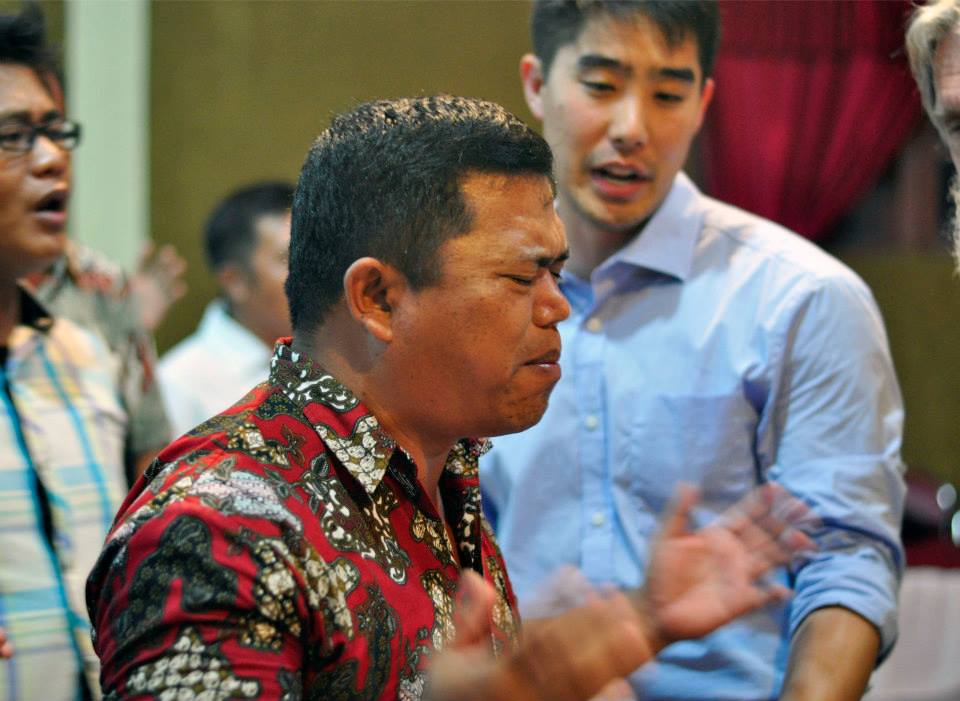 This is what we tell our team members every year before we take off for missions.

This was my 4th missions trip with Living Hope, and during one of the meetings, I found myself telling the team, “Expect the unexpected!”

From the very beginning, the theme that kept popping up in our devotionals is to “fight the good fight of faith” and to “have bold obedience.” As we started our ministry on the Island of Nias, we faced something we hadn’t really seen before: resistance. What we had come to expect in our ministry in Indonesia is for miracles and the power of God to flow easily. We would pray for healing, and the multitudes would get healed instantly. Experiencing the opposite was so strange that the team began to question ourselves, wondering if we had done something wrong or if we hadn’t prepared correctly. But the word of the Lord came to us every morning – take up your faith and walk with bold obedience! What I didn’t realize in that moment was that I had begun to place my success in seeing miracles and supernatural expressions, instead of putting my trust in the Lord and listening to his leading. If I didn’t see any miracles, in my mind, the night had not been a success. I didn’t know it at the time, but God wanted to take us through a trial that would break off that religious way of thinking.
We began to pray every morning for God to lead us, and for us to have supernatural obedience. We didn’t want to do anything in the flesh, but we also didn’t want to hesitate when the Spirit is leading us. Even when there didn’t seem to be anything happening in the natural, we want to be bold to act as the Spirit led. We didn’t see immediate results right away, but as we began to trust God and walk in faith, we began to see the power of God break out in powerful ways! We would have altar calls where people would fall without us even laying our hands on them to pray. Sometimes, multiple people would fall as we would just pass by! The sick was healed, the oppressed was set free, and many were getting filled with the baptism of the Holy Spirit.

God took each of us to a new level of faith and trust, and I especially saw this in my personal life while we were on Tello island. Although I knew I was called to be a minister, I often questioned whether preaching was something I was called to do. I didn’t feel gifted or anointed in the times that I had preached. I still felt that way at the beginning of this trip. However, in Tello, I experienced an anointing to preach like I had never felt before. I wasn’t doing anything differently outwardly, but inwardly, God had brought me to a place of new faith and trust. I knew that I was simply a vessel for God to release his power, and all I was required to do was to be bold in my obedience. As I preached, I saw the power of God come like I had never seen in any of my previous sermons. People would weep even before I finished my sermon, and two of my interpreters were overcome with the Spirit to the point that they could not finish interpreting. I knew in that moment that I had achieved none of it on my own, but God releasing his power through my obedience to speak.

God called us from the very beginning to expect the unexpected. We were expecting powerful signs and supernatural miracles. What God wanted to show us was far greater than that. What he showed us was the greatest miracle of all: Salvation. We saw far more salvations relative to the number of people we ministered to, than any of our previous trips. At several services, more than half of those attending the service received Christ as Lord and Savior for the first time. At the last service, we were overcome with awe and amazement as we saw hundreds of people raise their hand to receive Jesus into their heart for the first time.

Although we can never be sure of how God will move, we can always be sure of who God is. He is a loving father who desires to make himself known to his children. He is the Lord of lords and the King of Kings, and he’s a God who is mighty to save!