A Princess Of The Most High | Desi Perez | Indonesia 2014 Missions 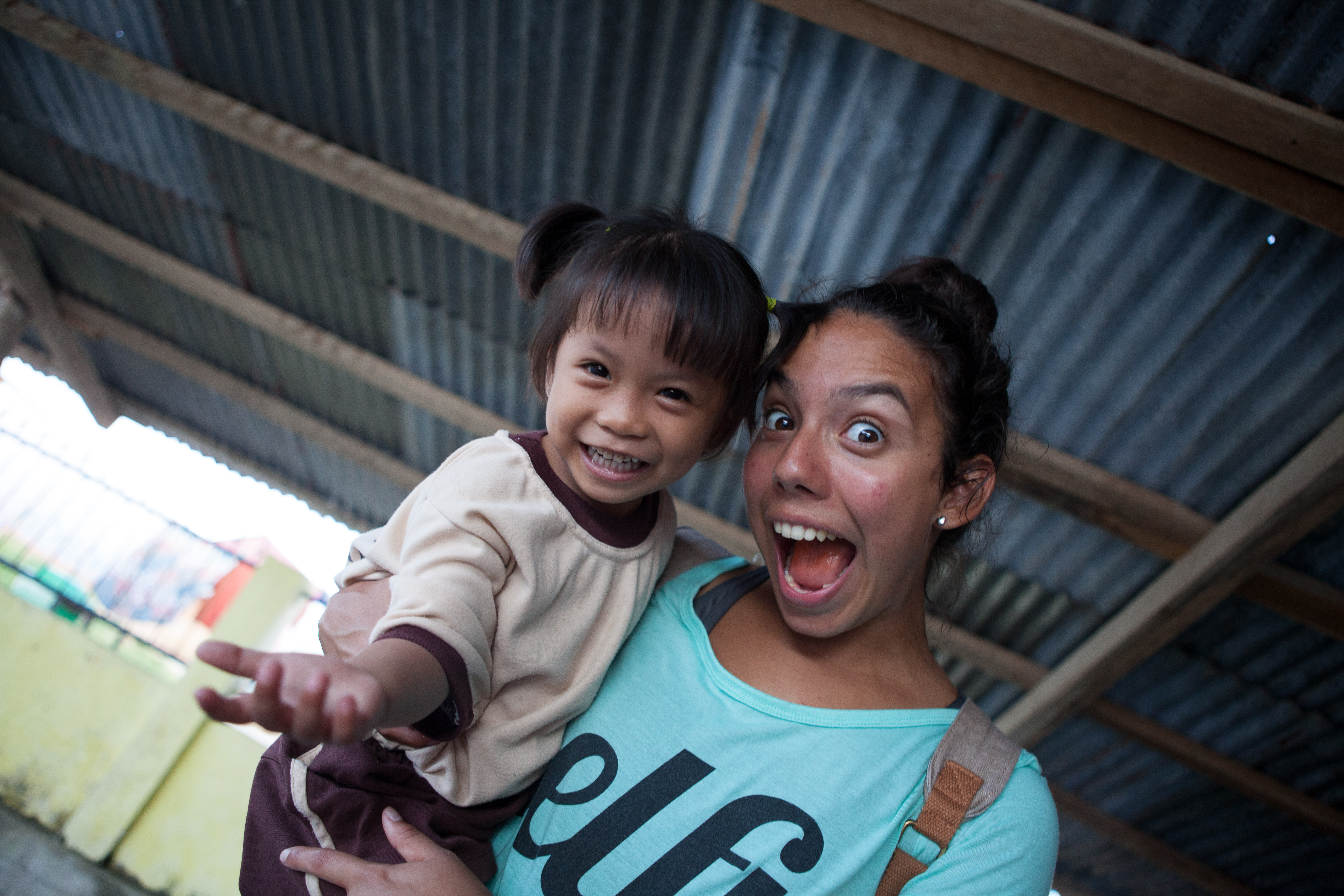 “Then Jesus answered and said to them, ‘Most assuredly I say to you, the Son can do nothing of Himself, but what He sees the Father do; for whatever He does, the Son also does in like manner.’” –John 5:19

Trust in the One who has called you, more than your ability to follow.

Prior going to this Indonesia trip, I never gained the understanding of what it meant to be God’s princess. I thought there was nothing else to know aside from the knowledge that I am His heir because God is my King (thus princess). But what I didn’t know was that I actually have to experience and use my princess-like qualities in real life to have full understanding of that title. And in understanding my place in the kingdom, all things became possible.

On the way to Indonesia, I heard other members of my team speak with excitement about how they wanted to be used by God, and what they were expecting Him to do. While preparing for the trip, God told me to put my full trust and confidence in Him. I was excited as well, but for some reason in that moment, the spirit of fear and self-doubt arose in me. I couldn’t come to the conclusion that God chose me to come to Indonesia, to heal the sick and to encourage the weary. I knew God can do it, no doubt, but I was hesitant that it can be done through my hands. I couldn’t believe it, even though I wanted to. I wanted to walk with full authority, and know that God would touch anyone I touched. I wanted to walk as His princess.

The minute I got out the car to greet the kids at the orphanage, they all came to hug and squeeze me. It amazes me that they weren’t awkward, because they had never met me before; and because they weren’t awkward, I wasn’t either. I just hugged and squeezed the kids back, and they are such beautiful kids. It reminds me of God’s love, how He loves us first and has His hand on us. Once we encounter God, we still don’t fully understand it, and all we can really do is to receive and love Him back. In the exchanges of hugs with the kids, it began a relationship with God’s love as the center. Because God first loved Jesus, I could also love the kids.

A few days into the trip, the spirit of fear was still very heavy on my heart. I tried reminding myself of truth and fighting it off, but I couldn’t shake it off. I told my team members what I was feeling, and after they prayed and spoke truth into me I felt different. I didn’t notice that at the moment when they prayed, the chain of fear and self-doubt broke off and was replaced with confidence. I had finally taken my place, and owned up to the authority that God has given me.

That same night (I think) I was assigned to share my testimony at one of the church services. If there’s one thing I fear, it’s speaking in front of people. I was a little insecure about my testimony because I didn’t think it could relate to anyone there. But the minute I got on stage, I felt peace. I don’t remember clearly what I was saying (haha); I just trusted that God was speaking through me. It’s crazy because He did speak through me, and I heard many testimonies later on that people were moved by what I shared.

That was only the beginning of me realizing how much power my words have. During the Nias revival, I was so pumped when the team was called up to pray for the sick during the alter call time. I was so pumped. The moment I laid hands on the first sick person I prayed for, all doubt was removed. Doubt in my own capability and words of prayer to heal the person in front of me, because I knew it was God healing and not I. I had full confidence that the people I prayed for would be completely healed, and they were. I would say about 90% of the people I prayed for, were healed. The God of wonders was showing himself more than ever. Blind eyes were open, baby fevers gone, neck pains gone, back pains gone – all under my own hands. God has given me power to heal in his name, and I walked in it.

I am in awe, to know that Jesus heals and loves on the poor, just like me. We both traveled from place to place, talking about God the Father. But how is that possible? It can’t be by our own works. It is because we have seen our King in heaven do it first, and because we are heirs to His inheritance, as His prince and princess. What God can do, we can do too. I am princess of the most high, and I dare the devil to try and mess with my kingdom inheritance. God has given me the authority to rule this kingdom, and it is impossible for it to be destroyed.