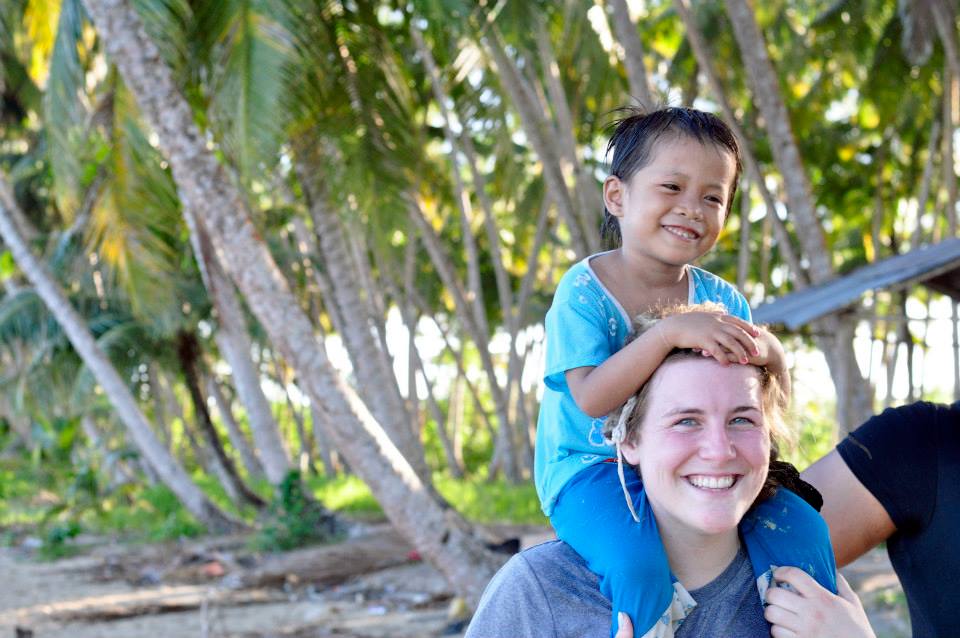 The greatest testimony I have from my experience in Indonesia is the testimony of God’s character. It is a testimony of His goodness, His mercy, and His loving kindness. Before going on this missions trip, I didn’t have much, if any, personal experience or witness of miracles, healing, and manifestations of the Holy Spirit. There was a lot of God I had yet seen and God used this trip to reveal there was a lot of God I had great trouble believing in. As I look back on our trip, I see so clearly how God used several key moments to reveal more of Himself to me and even to straight forwardly challenge who I thought He was.
One instance God used to reveal who He was and what was really in my heart was during a house visitation our team made. We travelled with the Pastor to the house of a couple who had served faithfully in his church. The wife had not been able to serve for the past few months, however because of a foot injury that made it too painful to travel to church. Our team immediately began to intercede for healing on this woman’s behalf. I was on the media team, capturing all of this from behind a camera, but we were all called to pray for her and it was in this moment I had to face my unbelief.

It was incredible to witness my team go after healing for this woman so fervently, with such belief that God would heal her. As I tried to intercede alongside my team I felt so frozen and was immediately face-to-face with my inability to believe for her healing. Everything I’d learned about God in my life up to this point didn’t involve any of this! I felt nervous, afraid, disappointed in myself, and I felt grief for not being able to love this woman by believing for her healing. I remember clearly my mouth couldn’t even move to speak this kind of prayer. I felt frozen, but began praying in tongues, hoping that at least the Holy Spirit would be able to intercede through me and use my prayers as He saw fit.
It was later, during a time my team lead set aside for us to journal and hear from God, that I was able to sit and replay what happened in the couple’s home. The honest truth is that having to resort to praying in tongues made me feel like I failed my team and the women. I was barraged with lies that that I was a cop out and that my unbelief was a hindrance to my team and to God’s ability to move. But God. He is steadfast in faithfulness and spoke to me so clearly. He spoke to me two truths and I experienced once again how His voice alone ushers in such restorative healing. During our journaling I felt God say:

I didn’t know that. I didn’t think I was pleasing to God. I thought I was a failure. His voice then banished my fears and disappointment by speaking to me that He was so proud of me for even trying. He was proud I didn’t heap up empty, fake prayers, but submitted myself to Holy Spirit. He was proud of me for obeying His call to go to Indonesia with my team knowing I would see a lot of things I wasn’t used to seeing.

It was during this moment God released me from ministering out of insecurity and fear and moved me into a place of ministering to others out of freedom. The place of freedom because I knew now I did not minister to or pray for people based my ability to believe for great things. I ministered to people out of the truth that God calls me a minister of His gospel because I am His beloved, redeemed child. Ministry was no longer something I was trying to have enough faith for. Ministry then became the beautiful act of desiring nothing more than to love the children of God just as He had loved me. I was asking for God’s love to manifest itself through healing – physically, mentally, spiritually, emotionally – leaving everything else up to Him, confident that His timing and His will were perfect and my only job was to trust Him regardless of the outcome, regardless of whether I saw Him move in healing. This is my God, my Abba Father who ushers in freedom, healing, and never tires of reminding His children that He delights in our faith, no matter how small it is. Selah.