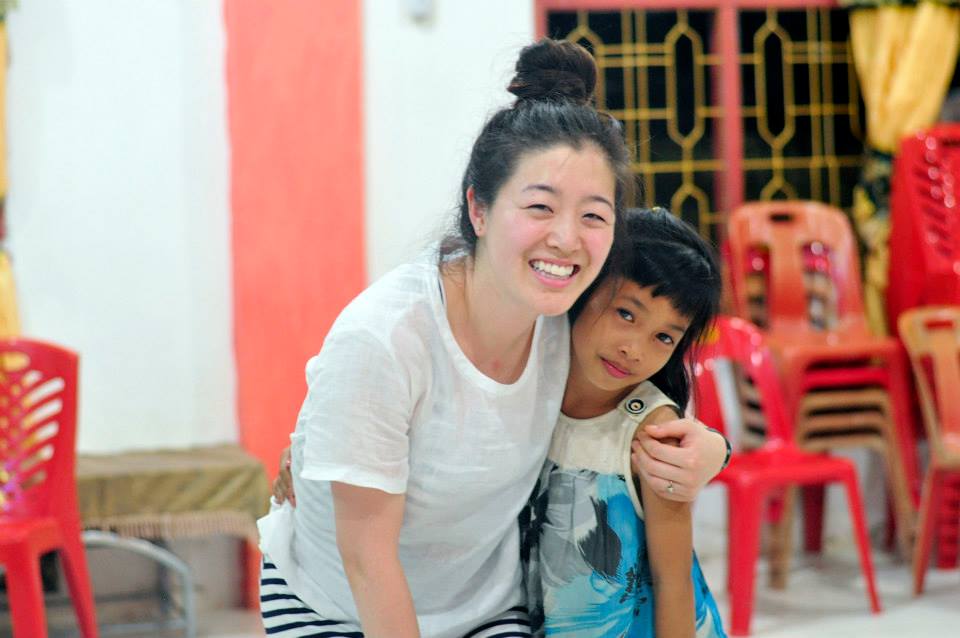 This trip to Indonesia was a complete saturation of all my senses. I saw breathtaking landscapes of densely forested tropical islands, the melting of sky into water on the boat ride to Tello island. I sweated more than I thought was possible in my lifetime, in the most humid heat. I experienced the Holy Spirit moving intently over the people of Indonesia. I felt love and hospitality from each person I encountered, as if overflowing from a well deep inside them.

There are a few moments that stand out. The first is watching the leaders of the local church in Tello being released under the breaker anointing. After Pastor Sunhee preached on the breaker anointing, she had a special altar call for the leaders of the house to receive the breaker anointing. Our team laid hands on the leaders, and saw them encounter the Holy Spirit powerfully. Then we charged them to in turn lay hands and release that same anointing over the people that were coming up to the altar to receive healing and prayer. This was a direct fulfillment of the image that God gave me prior to the trip. I saw an image of confidence in one hand, and miracles in the other; and then I saw my hands transferring those two things to another pair of hands. It is powerful to encourage and empower what God is already doing, and for the people in Indonesia to know that we all walk under the authority of the same God! They don’t need any “special” preachers or Christians. It’s not about what we do, but what God is doing through us!

During that service, I had the opportunity to pray for a woman responding to the altar call. She was waiting to receive prayer, but her countenance looked like she had no expectation to experience God. I began to pray, and felt that God wanted her to experience the Father’s love. There was no interpreter, but I just began to pray and say one of the few Indonesian phrases I knew, God loves you – “Tuhan cinta kamu.” She stood still, and I could feel the resistance in her heart. Then slowly, her hands began to shake, and then she began to cry. I just held her in my arms and prayed a greater revelation of the Father’s love over her. She returned the embrace and clung to me, weeping as His love swept over her. As I embraced her, I felt God’s fatherly love flowing through me and covering her. Never before had I felt that deep rush of love toward someone. I saw firsthand the power that lies within the universal, and transcendent love of the Father.

God moved powerfully amongst our team in Tello. During a teaching seminar, I had the privilege of watching the Holy Spirit anoint and elevate my own brother to a new level. As a child, I knew that there was a special calling on my brother’s life. He was marked by authority and leadership, but most of all, by the presence of God. During the seminar, he preached on how one word from Jesus changes everything. The passage was from Matthew, where the disciples are caught in a storm, but one word from Jesus transformed Peter’s fear into boldness. Hearing Daniel preach wasn’t new for me, but this time, he spoke with confidence, conviction, and the Holy Spirit touching each word from his mouth. I was not the only one who felt the Holy Spirit’s presence. Each person was moved to tears as the revelation of the power of Jesus’s words and presence began to unfold. What struck me as most powerful was not that many people wept in the presence of the Lord; It was that I witness Daniel himself being elevated to a new level. Like Peter, his own fear, insecurity, and doubt over his calling in God was being transformed into boldness as he heard just one word from Jesus. It was that this was not merely an episodic experience, but a marker of a transition, and a breaking to the next level. My heart is full of worship for what God is doing in Daniel’s life, and sisterly pride, to see Daniel taste of God’s anointing.

A lasting memory is sitting on the roof of the boat on our way to Tello. There was so much wonder and marvel due to our Heavenly Father. Never have I seen something so beautiful and serene as the waters of the Indian Ocean. The sky was the deepest sky blue, shining it’s perfect reflection upon the ocean. It brought my heart to deep, peaceful worship of the Creator God, our Father in heaven, whose glory cannot be contained, whose greatness is marked upon every creation. In that moment, no words needed to be spoken, no song needed to be sung. I sat still, silent, resting in the tangible presence of God, rustling my hair in the cool breeze, warming my face under the gaze of the sun.

In reflection of all that I experienced in Indonesia, two things are overwhelmingly clear. There is nothing greater than the miracle of salvation. And more powerful than praying the most eloquent prayer or preaching the best sermon is when the Holy Spirit takes over. I am a witness to these two statements. In the place of complete surrender, of my own ability and will, is where I saw the Holy Spirit move, and bring immeasurable fullness of healing, joy, and life. I will never forget stopping myself in those moments, whether it was witnessing numerous hands going up to signify giving their lives to Christ, or while standing in the midst of people falling under the weight of the glory of God without even a hand being laid on them. I will never forget stopping and marveling, that God is truly the Sovereign God, whose heart is jealous for His people, for them to know His fatherly love, and that nothing could ever stop Him in His pursuit of His people.