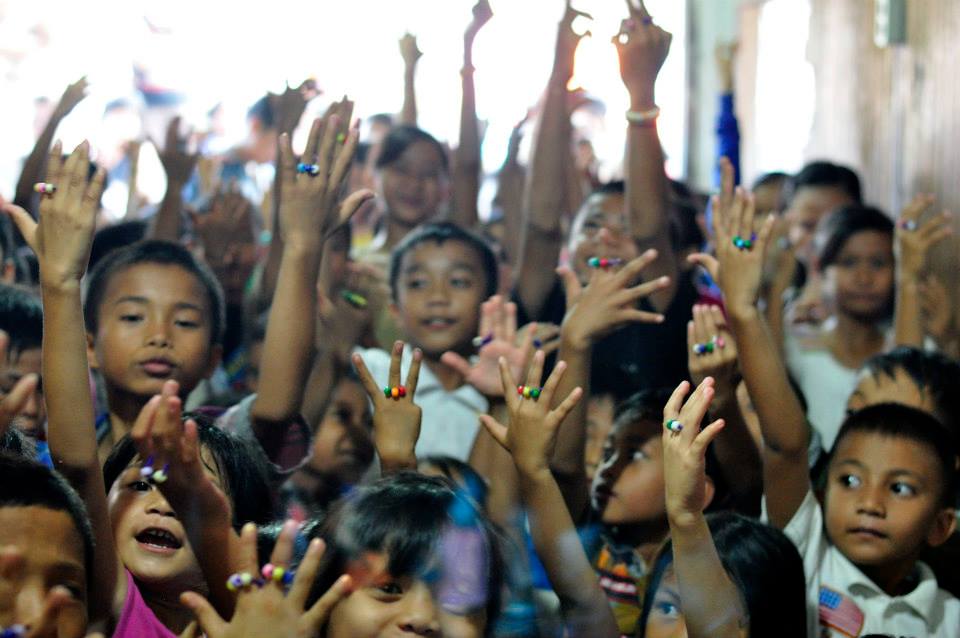 Title: Treasures on the Field, Treasures for the House

I left for Indonesia fully expecting for God to move, but I had no idea He would show His power the way that He did. It is interesting to see how God is faithful to keep His word, but at the same time so unpredictable. During our trip to Indonesia we not only uncovered treasures for the people of Indonesia, but we discovered treasures in ourselves. The treasure that God gave us wasn’t just for Indonesia, but for us to bring home and to share with our community. Romans 12:5 best captures this experience, “so in Christ we, though many, form one body, and each member belongs to all the others.” Even though Indonesia is thousands of miles away from the Bay Area, we are united as the body of Christ. Everything that our team saw and experienced in Indonesia isn’t just for that moment, it is for us to be able to take hold of and to own here at home.

In all of the videos that I’ve watched from previous years in Indonesia, I saw healing after healing and deliverance after deliverance. This year was different, even though people received healing and deliverance, one of the main things that I saw God do was to satisfy the spiritual hunger of His people. Five of us from the team had the opportunity to travel to a different island, Tello, which is a six hour boat ride from Teluk Dalam, Nias. During our trip to Tello we faced demonic opposition like nothing I have ever experienced, but it was all prophetic for what God was ready to do in His people. When we first arrived, the atmosphere was thick with confusion, and it seemed like no matter what we did, we couldn’t shake the heaviness. That night, after praying together as a team, we felt the atmosphere start to change, and by the next day the presence and power of God increased with every gathering. There was open heaven over Tello, and God is faithful to satisfy the hunger of His people.

The day before we left for Tello, our entire team was praying during our morning devotion and one of our team preachers, Jason, asked me to pray for open heaven (a greater over our ministry gatherings. When he asked me to pray, I felt a cloud of confusion come over me and couldn’t understand what he had asked me to pray for. I then looked around at my team and had an open vision of a mosquito net over us, and as we were praying we were trying to hit the net off but couldn’t. I began praying in the Spirit and suddenly the confusion broke and the mosquito net was gone. I realized I had been asked to pray for open heaven, and as I declared it I looked up and I couldn’t see the ceiling anymore, but only a bright light. This vision that I had represented the atmosphere of confusion that was over Tello, and as we began to see and pray in the Spirit, God changed the atmosphere and we experienced open heaven over us. Our team also fought through sickness, which was a prophetic sign for the many healings that would take place in Tello.

The amazing thing about what we experienced in Indonesia is that it wasn’t just a momentary experience, but the treasures that were uncovered there are also for our community to experience and steward here at home. We saw the atmosphere shift, confusion lift, and the hunger the people had for God satisfied. God longs to do that here in our church community just as much as he does in Indonesia. Healings, whether physical, mental, or emotional are for our community here as well. We experienced the breakthrough in Indonesia, and we are able to take ownership of that beyond this trip. The anointing for seeing these things happen isn’t limited to the team members either, as members of the body, and the same church community, we get to share in the plunder together. You can also receive the same anointing that God has given us in Indonesia to see the sick healed and the captives set free right here in the Bay Area.