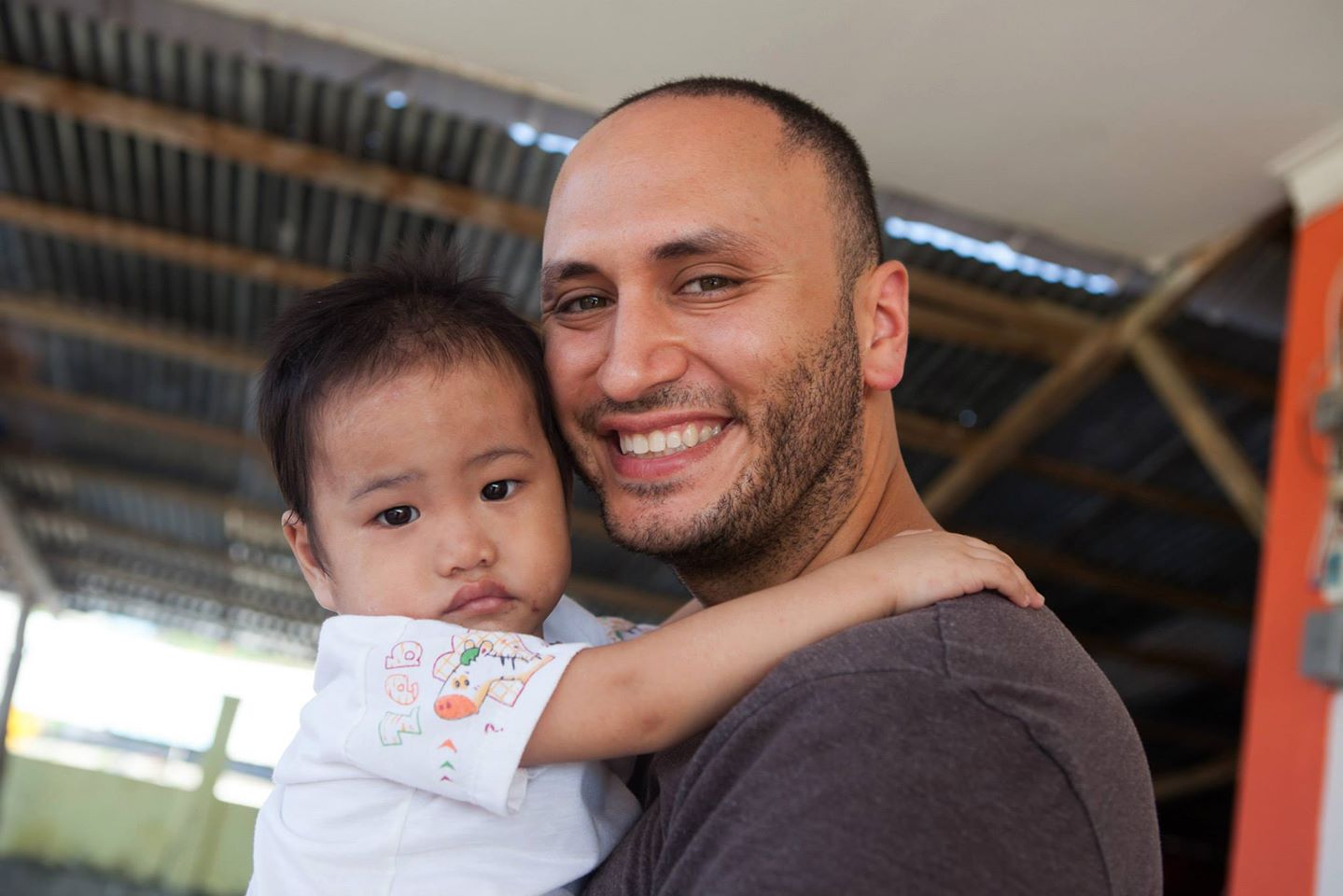 Thank you for all your prayers and support. During my time in Indonesia I saw the hand of The Lord move more powerfully than I have ever seen in my entire life. The words of Jesus came alive through our team as we walked in obedience to his commands, “As you go, proclaim this message: ‘The kingdom of heaven has come near.’ Heal the sick, raise the dead, cleanse those who have leprosy, drive out demons. Freely you have received; freely give,” Mathew 10:7-8. There was an open heaven as God’s kingdom touched earth in tangible ways, miracles, signs, and wonders were on display for many to see and believe. It’s not a coincidence that the theme of this trip was “God of Wonders”. Blind eyes were opened, the deaf were able to hear, the lame walked, captives were set free from demonic oppression and over a thousand people gave their lives to The Lord! Through shouts of praise and victory, the name of Jesus was lifted up like a banner over the island of Nias. We caught glimpses God’s infinite glory not only through massive crusades and revival services but in the little things; early morning prayer with the children, house visitations, jungle hikes, trips to the beach, quality time with people, men women and children.

Through my experiences in life and the people I have met, Jesus has awakened me to the love of The Heavenly Father. This was something I was able to freely give to everyone I came across. It was the heart of The Father and His love that led me to meet an adorable little baby boy named Mattheus. Mattheus is an orphan. When he was just a couple of months old, his parents abandoned him in the jungle. His uncle was the only one around but being just a kid himself, he was unable to care for poor little Mattheus properly and give him the attention he needed. As a result Mattheus became emaciated and sickly. He literally was nothing but skin and bones with a bloated belly from parasites. His body was feeding on itself. Eventually his uncle met some people who took Mattheus to the orphanage where he now lives. His health has improved but emotionally he is still withdrawn. A lot of the children at the orphanage have distinct personalities but his has been locked away waiting to be developed by love. From the get go I was drawn to Mattheus. I held him, caressed him, prayed and sang over him. Even when there were no signs of a response, I did not relent to love on him. After careful observation, I found creative ways to playfully engage with him. He likes to rearrange chairs and then sit in them. He likes kicking a soccer ball and he likes to dance. My biggest prayer for Matthues the entire time was that he would feel the love of The Father. By the second week I found that Mattheus was really opening up to me. I woke up one morning to find him waiting by my door. I was told he had been there for quite some time, waiting patiently. That day as I held him, he grabbed my hand with so much love and fell asleep in my arms. I started to see him smile and laugh more. Upon reflection I can see how Jesus has been reaching out to all his “little ones.” He has not forgotten one, no matter what the age, young or old. He is Father to the fatherless. He is a defender of the widow and the orphan. He is good to all and has compassion on all that he has made.

One night during a crusade in Nias, Pastor Benjamin was proclaiming the word of God over the multitude of people gathered in the village square. As he did this everyone stood in awe as God poured out His passion, His power, and his love. The presence of God was so thick that people couldn’t stand. The sick were being healed left and right. There was a woman who had an abnormality in her throat, possibly a goiter or some serious glandular issue. It was very swollen and enlarged. In faith I prayed for her once but nothing happened. I prayed for her a second time. Again nothing happened. As we joined our faith together in prayer a third time, something remarkable occurred. There was movement in the woman’s throat. She quickly placed her hand over it and her face lit up with an overwhelming joy that could not be contained. Before my very eyes whatever was on her throat began to drastically shrink in size. I asked her if she was healed and her response “YES!” “Really?”… I said. She nodded her head over and over “YES!” Without hesitation she was willing to go up on stage and testify. At this moment God spoke to me and told me that his work in her was not done yet. I looked and saw there was still a little bit of swelling. Then God told me “I want to deliver her, set her free and make her whole.” “Pray one more time and declare what I am doing.” I was then reminded of the paralytic man who took up his mat and walked because of his faith. I was reminded of the lepers who were healed as they obeyed Jesus’ command to go forth show themselves to the priests. “As they went they were healed.” In the same way because of this woman’s faith, Jesus wanted to heal her. I spoke this over her with boldness. Then she proceeded to walk up on stage and by the time she met the preacher to testify to thousands, she was 100% completely healed.

Through the name of Jesus and the in-working power of His Holy Spirit, many healings, deliverances, signs and wonders were accomplished during our trip. Relationships were established, friendships were created and foundations were strengthened. God worked through all of this and more to draw people closer to himself. During the end of my trip I received a revelation from the Lord regarding my time in Indonesia. He told me that what was done in Indonesia was not just for Indonesia, but for the world to see and believe. He is making the people of Indonesia into a great nation. He has given them a rich heritage to be passed down to generations to come. He is positioning them to receive blessings both in the things of the spirit and in the things of the natural. He wants to bless the works of their hands so they may be fruitful and multiply. Genesis 12:2-3 say’s “I will make you into a great nation, and I will bless you; I will make your name great, and you will be a blessing. I will bless those who bless you, and whoever curses you I will curse; and all peoples on earth will be blessed through you.” This promise was made to Abraham and all of his decedents and is still relevant today. It is for Gods children in Indonesia. It is for you and for me. This covenant extends to all of those who have received Jesus Christ into their hearts through faith and the belief in his death burial and resurrection.