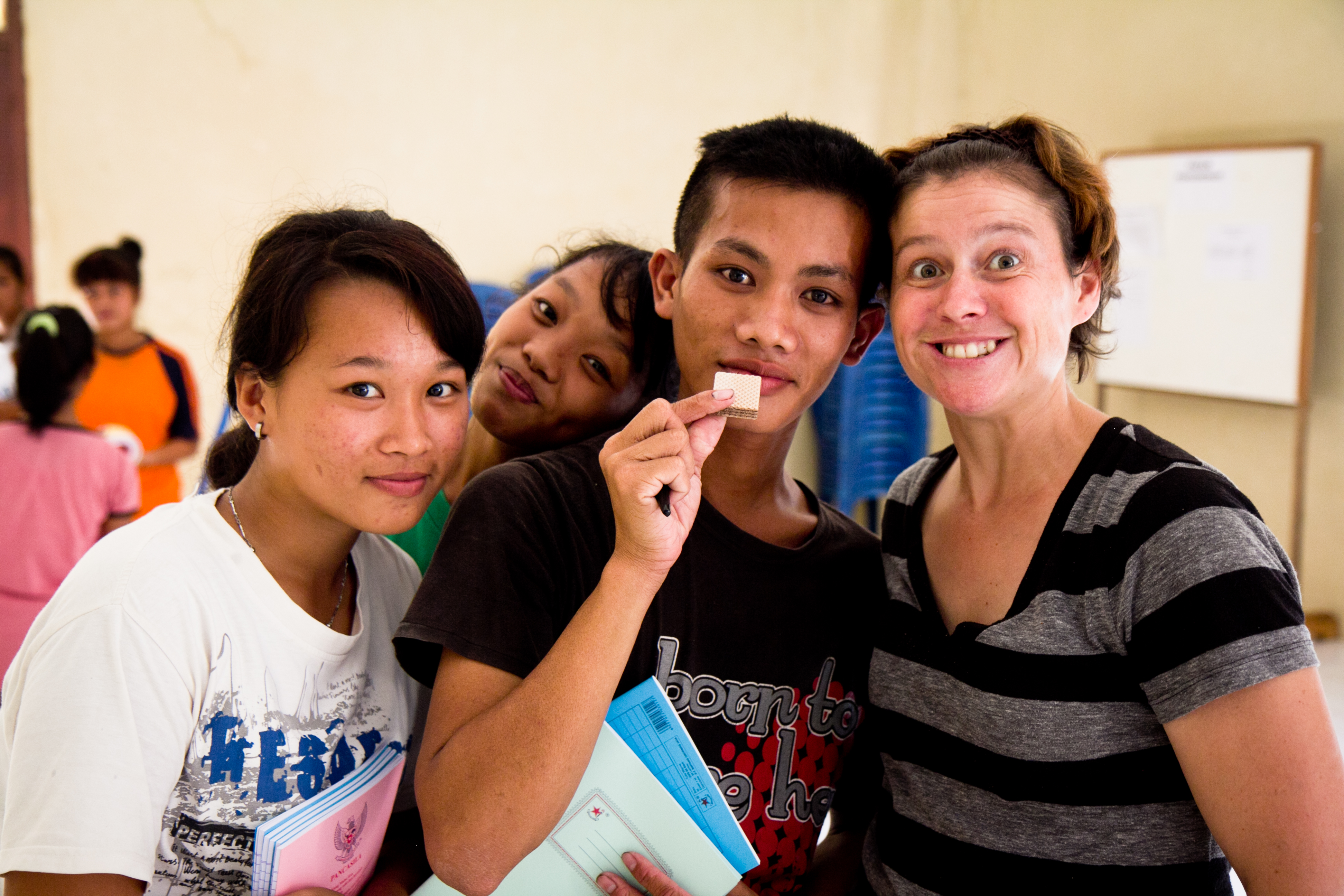 Even in our delays, we were able to see God to amazing things. The Lord was extremely clear about one thing, operate in the “now”. So we became opportunists who simply asked God to move through us.

These first two highlights are from our team member David. The early team (David, Audrey, and I) was attempting to straighten out our plane tickets during a layover in Japan, when a group of Japanese interviewers came up with a camera and recorded David for their show. David was candid about his faith and the reason for our travels. The next morning God utilized David again, and gave him a chance to witness his faith, when the stewardess asked him if he was a Christian missionary. I am always cautious when traveling to Indonesia, and aware of my surroundings, especially during times of political interest. Yet, God continued to find opportunities to shine. Our layovers also gave us the opportunity to visit the orphanages in Medan, and really spend time with our kids. This is just the beginning. Every step the Lord was orchestrating. Our early team had plenty of time to rest on the way, which would be beneficial for when we would finally arrive in Nias.

Finally after four days of travel, we arrive in Nias and were in for some real changes to our plans. Within the first hour, we sat down to schedule the week, and the local pastors were so excited that they wanted us to share that night at a revival service. We went to a church that had only recently been established three months earlier. Their normal congregation of 40 people quadrupled in size for that evening, and the fire of God fell in that place. Power encounters, healings, salvations, and rejuvenated hope and joy in the Lord. One person testified: “We heard from God tonight. The word was palatable and we heard from God.”

From there we would have four more revival services in 3 days. The Lord utilized Audrey’s testimony at a small college church, there were 35 people present, and 30 came forward to seek the presence of the Lord. Out of 30, 30 hit the floor in power encounters. One individual was praying for another and when he turned to receive God’s presence for himself, He surely did. But perhaps the most powerful moment came on the second night of revivals.

We were in a small village that I recalled visiting four years earlier. At that time there were only a few Christians. But that night 300 people along with a lot of onlookers came to the revival. All day, I had been quietly praying for a sign of God’s mighty wonders. We were sent to prepare the way for the Nias revival crusade, and I believe God wanted to show up earlier to give a small taste of what people could expect at the crusade. Before service started we felt that the atmosphere was dark. It had been raining all day and the revival service was outdoors. We prayed for the rain to stop and it did, but there were no lights in the sky. You could not even see the reflection of the light of the moon through the clouds because they were so thick. Both the spiritual and physical atmosphere was dark. Audrey took initiative for us to surround our interpreter in prayer. We begin to feel like the atmosphere was shifting, and worship continued to shift it. Finally, David shared his testimony and it was powerful. The word seemed to help pierce through the darkness. The preached word was on the difference between light and the dark. The thief (devil) comes to steal, kill, and destroy, but the Lord came that we might have life and have it abundantly. He can break through the darkness and give life if you choose Him. We had an alter call and over 100 people responded. There were over 20 salvations that night, and many people encountered Christ. But the most powerful part, happened towards the end of the alter call. The sky was still completely covered in clouds, but the moon began to shine through. I prayed, “Lord let it break through all of the way.” The clouds around the moon began to clear. I ran back up to our interpreter and showed him. When he saw, he stepped out on the platform and yells, “See God can direct even the moon to shine through the darkness. He is the God of Wonders!!” The crowd erupted in praise and amazement. David was utilized for power encounters, and Audrey witnessed fevers healed and grandparents prayed for. It turned out that the man responsible for the crusade permits had come that night, and he said he was excited to see Joy return to that village.

Every revival service was powerful. Team Arrow (the early team) ministered to over 1000 people in 6 villages, 5 revival services, 30 confirmed salvations (there were more, but these were confirmed), 8 confirmed healings from backs, to fevers, to deaf and mute, and an overwhelming amount of power encounters. One church had a group of people that would make fun of the individuals receiving power encounters, and as I was praying for one of them, I felt like I needed to remove my hand from his shoulder. The guy behind him followed my lead. And I said, “In the name of Jesus, whhhhhhsh (and blew)” he hit the floor in a power encounter with the Lord.” The last one is a child, he was maybe 4 years old and came forward in tears. He received Christ that day and was overwhelmed with emotion. I began to tear up as I could hear Jesus in my heart saying “Come to me as a child to enter into heaven.” As I prayed for the young child, I saw the most amazing thing as the Lord encountered him powerfully, and he hit the floor.

The Lord was clear to team arrow. We were there to prepare the way for the crusade. Every single moment was a testimony and sign in advance to what God was planning to do at the crusade. We were so excited to pass the baton to the team, because we knew that we had only witnessed a small percentage of what God wanted to do during the next week. I speak for all of us when I say it is truly an honor to be utilized in the way that we were. And we are just as excited as you are to hear what happens during the next few weeks, as the rest of the team arrived, knowing the Lord showed up as the God of Wonders.