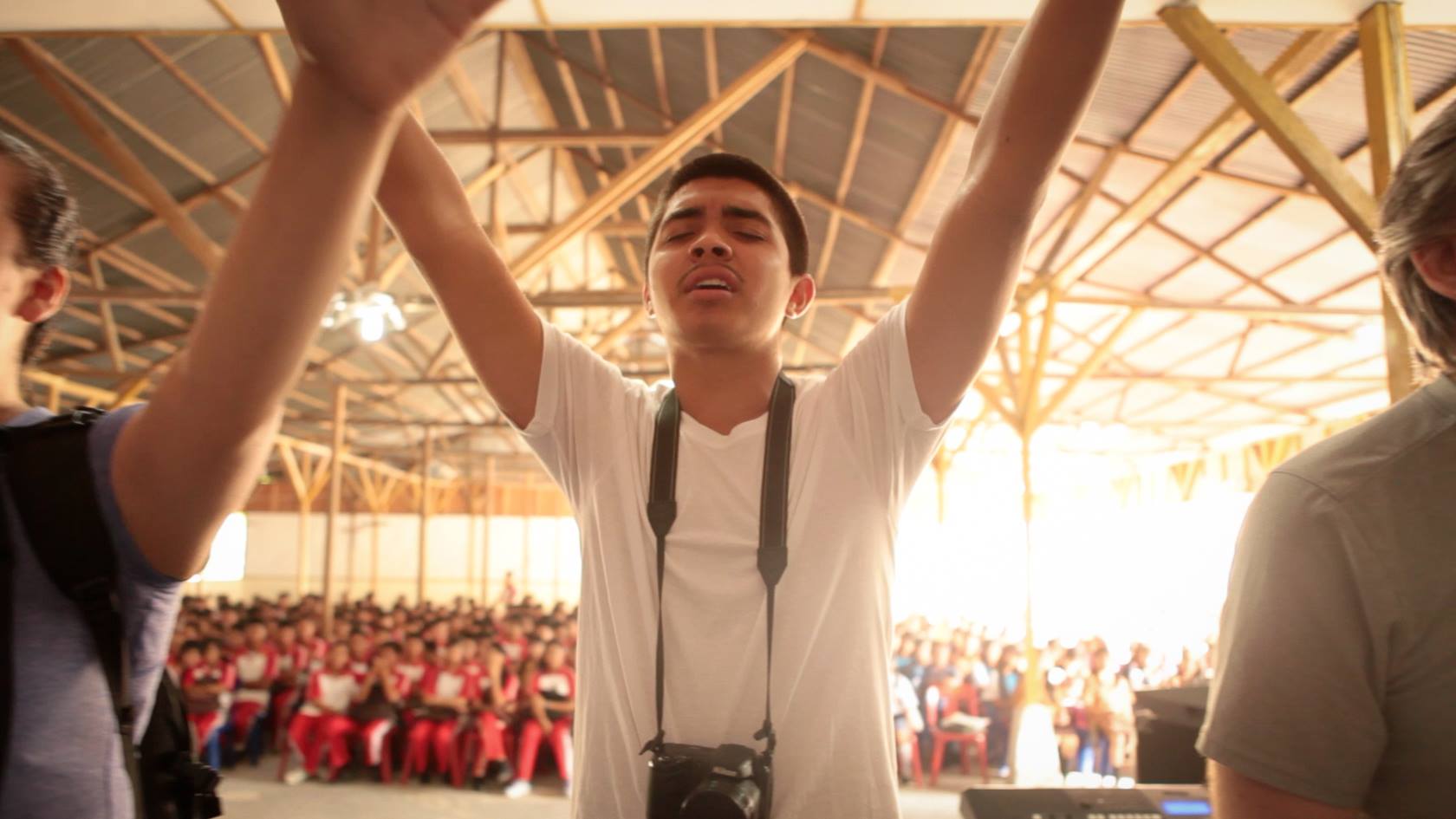 My name is Ray Corona; I am 16 years old, and a member of the Indonesia 2014 LHCC Mission Team. Isn’t it pretty awesome that a 15 year old (at the time) is given the opportunity to go across the world to proclaim the gospel! How many teenagers get to do that for their summer adventure? I believe that this mission trip has forever changed my life. Along with my team, I visited different churches, was a part of a crusade, stayed at an orphanage, ministered at a university, and it all had to do with God. The Indonesian people showed a loving heart in everything they do. When I first stepped out of the car we arrived in, all I could see and hear are shouting voices, laughter, excitement, and joyful faces. There was excitement everywhere. Kids were coming up to me and hugging me and talking to me, I didn’t know the language but I did my best to speak with them. I felt so loved by the kids and adults and I didn’t even know them. Not only are they joyful and excited, their hospitality towards us is overwhelming. Throughout the whole trip, the people who live at and operate the orphanage, even the kids, treated us so well. One example would be the drinks they give us throughout the time we were staying there. People would come to us at random times and give us cucumber drinks already prepared. The drinks they give us weren’t drinks you can just buy from the store, but they made them by hand. The fact that they were giving us these drinks is so overwhelming because for them, the drinks are like special treats. The drinks were awesome, and the families we would visit also treated us so well. Every house we went to minister at would give us their best. The people will say that they have already eaten so that we would feel free to eat as much as we want; now that’s a sacrifice. This happened at almost every house we visit. Not only did they sacrifice for us, they gave the best they had. Some of the families we visit do not have much, and so they couldn’t afford high brand quality food, but they gave what ever they had. Now that’s the heart we should have in treating a guest. The revival crusade our team was apart of was amazing! God moved so powerfully upon the hearts of the people of Nias. God revealed his love and did miraculous things. During one night at the crusade, Pastor Benjamin gave an altar call for healing, and he was trying to do it in an orderly way, but the people wanted God so bad that they all rushed forward to the stage. Everything was under control, and you could tell that God was present upon their hearts. Every time someone received healing for a physical ailment, I knew and believe that God’s love is shown to them in that moment. You could just tell by how a person’s face would light up after receiving healing. In 1 Corinthians 13 it says, “If I speak in the tongues of men or of angels, but do not have love, I am only a resounding gong or a clanging cymbal. If I have the gift of prophecy and can fathom all mysteries and all knowledge, and if I have a faith that can move mountains, but do not have love, I am nothing. If I give all I possess to the poor and give over my body to hardship that I may boast, but do not have love, I gain nothing. …” For me, this passage captures the entire trip. Yes we did miracles through God’s power, and everything else, but within it all – did we move in love? Did we love despite the spiritual hardships? Did we love the people and the strangers that we met? But most of all, did we show God’s love through our lives. From playing soccer with the kids to praying for the people who came up for prayer, I live my life in his love. Everything I did, I did by focusing on his love. I am son of the heavenly Father therefor, what I do reflect him, and so my purpose for this trip was to simply love. I am so grateful for how God provided for me through this trip, and for those who supported and walked alongside me. God showed himself as the God of wonders, and that his love goes across the world; especially in the hearts of the Indonesian People. This trip is only the beginning for me, and I am excited for what God has planned for next year. See you there!